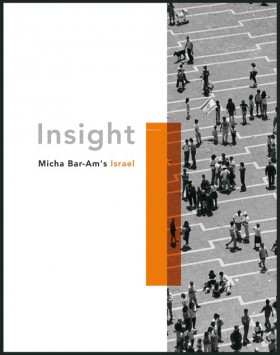 Bar-Am began taking photographs in the early 1950s and after some years of military service and work as a photographic reporter in Israel he became the photographic correspondent from Israel for the New York Times in 1968, a position he held until 1992.

In 1974 he co-founded the International Center of Photography in New York and from 1977–1992 he was also head of the department of photography at the Tel Aviv Museum of Art.

Since 1968 Bar-Am has also been a correspondent for Magnum Photos.

Of his photojournalism he writes, ‘I keep my internal eye open for that other, metaphorical image that transcends illustration to achieve a wholeness of its own. I strive for the elusive entity that is both evidence and evocation, public record and personal vision.’

Published for the exhibition in 2011 at Willy-Brandt-Haus, Berlin and Open Museum of Photography, Israel.