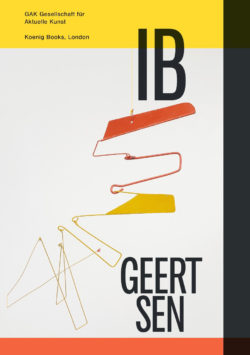 Ib Geertsen (1919-2009) is one of the most important representatives of Danish Concrete Art and is highly regarded in his home country.

His mobiles, paintings, and paper works are featured in major museum collections. His murals and ‘drawings in the air’ (as he called his mobiles), have become iconic public art works in many Danish cities.

Geertsen’s forays into the applied arts and the playful poetry of his colourful geometric shapes remain highly relevant today. Indeed, resonances of his legacy can be seen in the work of contemporary artists such as Sarah Morris, Liam Gillick, Martin Boyce, and Angela Bulloch.

This publication assembles a selection of Geertsenʼs mobiles, paintings, and paper works since the 1950s and includes a generic documentary of his projects for public spaces and his designs in the Applied Arts.

Published on the occasion of the exhibition at GAK – Gesellschaft für Aktuelle Kunst, Bremen, 20 August – 13 November 2016. 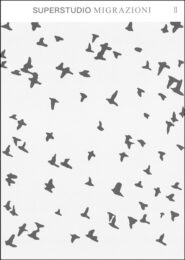