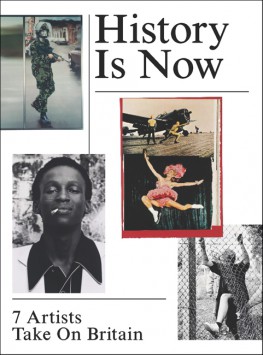 With the approach of the General Election in 2015, History Is Now offers a moment to reflect on the development of British society since World War Two.

Seven UK based artists – John Akomfrah, Simon Fujiwara, Roger Hiorns, Hannah Starkey, Richard Wentworth, and Jane and Louise Wilson – have each been invited to curate sections of the exhibition, looking at particular periods of cultural history from 1945 to the present day.

Working with Dr Cliff Lauson, Hayward Gallery Curator, the artists have selected over 250 objects, which come from both public and private collections, as well as draw upon informal collections and objects such as photographs,newspapers, films, domestic items, and artefacts.

Artworks to be shown will include those by notable British artists such as Tony Cragg, Gilbert and George, Barbara Hepworth, Damien Hirst, David Hockney, Ryan Gander, Henry Moore, Hayley Newman, and Martin Parr.