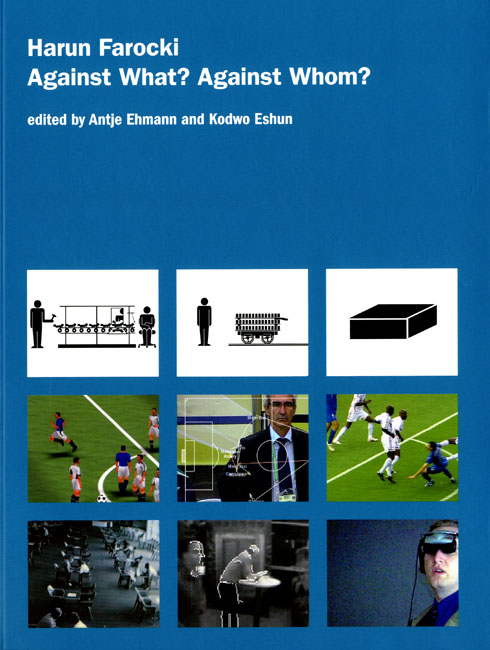 Against What? Against Whom? is a monograph about the author, film maker and video artist Harun Farocki.

Its the first book about Farocki that is neither a purely academic publication nor an exhibition catalogue. It brings together the most diverse of themes, tonalities and approaches: alongside a complete filmography and list of installations, there are 21 contributions that take a discursive (or use drawings to) look at Farocki’s complex oeuvre.

Additionally there are two key Farocki texts, previous reflections on his film and video work, and a new text he has written especially for this book, which begins quite biographically and underhandedly becomes a short history of the making of films and art in (West) Germany over the past 40 years.

The themes discussed are as varied as the authors involved, with much focus on individual Farocki films, beginning with the early political, Marxist, educational films, via his cinema direct films and his essay films, that have become classics in the meantime, up to the films and installations, which for the most make use of found footage of the most varied types of image, such as amateur recordings, archive pictures, surveillance images, technical images and computer animations.