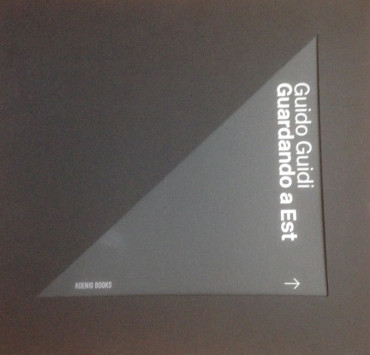 Between 1991 and 1999, Guidi produced various photographic campaigns for the CRAF – the Centre for Photographic Research and Archiving of Spilinbergo, Pordenone – putting together a vast corpus of images held in the archives of the Centre.

The photographic campaigns brought about three lines of research: dialectics with the work of Pier Paolo Pasolini, the landscape, and lastly the work on the ʻsmall townsʼ of the Friuli region, completed in 2014 at Lignano Sabbiadoro and San Vito al Tagliamento.

These works are now accompanied by the images that Guidi produced in 2002 in Trieste and in 2006 in Gorizia, on the traces of the border which ʻdisappearedʼ, replaced at the end of WWII by the current border.

Guardando a Est (Looking East) by Guido Guidi thus constitutes a transitory gaze on the territory, on the border between Italy and Slovenia, between the Latin world and the Slavic one: a world which has constantly been redefined.