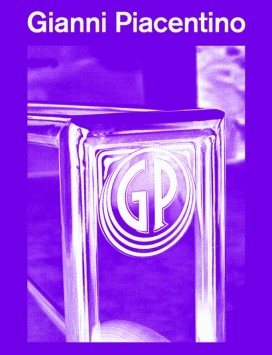 One of the founding members of the Arte Povera group, Gianni Piacentino’s practice evolved from early Minimalist structures to works influenced by modern industrial design.

In the 1970s he became an advisor to the laboratory of an auto-body paint factory and began decorating custom-made motorcycles (many of which he himself raced, as he proudly states in his biography).

His early minimal sculptures transformed themselves into new shapes that celebrate the idea of dynamism and speed, recalling the vehicles that inspired his projects – motorcycles, monocycles, automobiles, and planes.

Creating these works with the same degree of care and attention to detail as industry puts into the production of these machines, Piacentino brings the highest level of handcrafted technique to his perfectly finished forms. He has resisted trends and fashion for almost 40 years, and defies categorisation.

This book is a tribute to his art and to his sense of independence with works spanning 1966 to the present. It includes essays by Dan Cameron and Hans Ulrich Obrist, and is edited by Andrea Bellini.