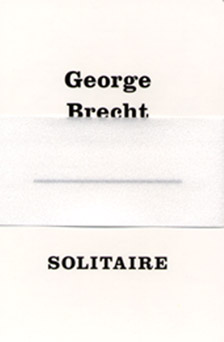 Solitaire, a pack of 27 playing cards, is an event-object which refers with collaged fragments to the numbers 1 to 5: a score, an inventory list, a conceptual instruction which invites the audience to participate. At the same time, they are score cards which correspond to an event: this is an event that can potentially be performed even before the score itself has been written. ‘Solitaire belongs to the more temporal, process-like works of 1959. It may open out into the participant’s experience, literally involving him, greatly or slightly, according to his nature.’ (George Brecht). English and German text. 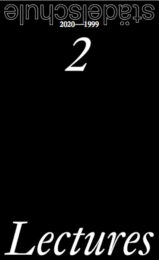