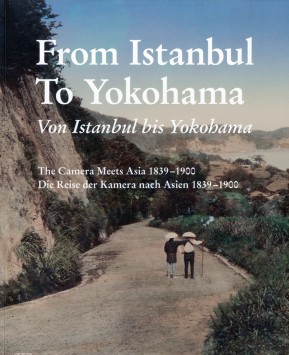 Three hundred and fifty rare historical photographs by European and native photographers bring the itineraries of the globetrotters to Asia to life.

Following the opening of the Suez Canal in 1869, commercial photography studios were established in the great port cities. They filled the need of tourists and globetrotters for travel photographs to capture their memories of the sites and people of foreign lands and cultures.

Beginning in London or Southampton, the most popular steamer routes travelled from Istanbul on the Bosporus by way of Alexandria, Port Said, Aden, Bombay, Colombo, Madras, Calcutta, Singapore and Hong Kong to Yokohama. For its 100th anniversary, the Museum für Ostasiatische Kunst is presenting for the first time an exquisite selection of its collection of historical photographs. The collection also reveals the irretrievable loss of ancient, mature cultures.