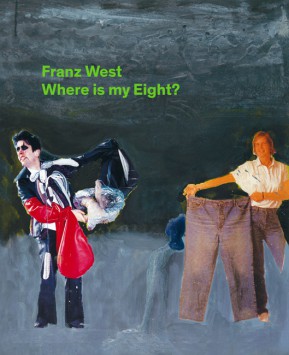 The primary focus of the exhibition Where is my Eight? are West’s Kombi-Werke (combi-work) installations, in which various often highly differing individual pieces were brought together by the artist – and then frequently rearranged again in a different context. The combination and recombination of various categories of works such as furniture, sculpture, Paßstücke (adaptives), videos, or works on paper, from different creative periods, gives an overview of the whole spectrum of his oeuvre.

West was considered to be one of the most important Austrian artists of his generation. In 2012 he was awarded the Golden Lion at the Venice Biennale for his lifetime achievement – the highest honour for an artist.

Published on the occasion of the exhibition Franz West: Where is my Eight? at MuMoK Vienna, 23 February – 26 May 2013.