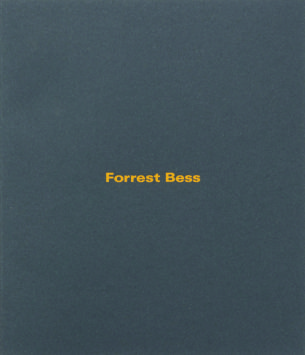 Published on the occasion of the first Forrest Bess solo exhibition in the United Kingdom at Stuart Shave/Modern Art, London (3 October – 1 December 2018).

This catalogue includes a broad selection of paintings dating from 1948-1970 and representing all four of the decades that define the ‘visionary’ period for which Bess has come to be known.

Accompanying the works is a new essay by Professor Mark Turner, King’s College London, on Bess’s life, his theories and art.

Frequently relegated to the peripheries of art history, both as a Texas native and a rarely understood queer man, Bess might nevertheless be re-located at the heart of American Modernism.

Between 1949 and 1967 he showed at least five times at Betty Parsons’ New York gallery, on the same walls that debuted Barnett Newman, Richard Tuttle, Ellsworth Kelly, and other focal figures of twentieth-century abstraction.

Simultaneously he engaged in correspondence with sociologists, psychotherapists, art historians, and even NASA, to communicate a series of radical medico-mystical theories he had devised that were, he believed, of critical importance to Mankind.