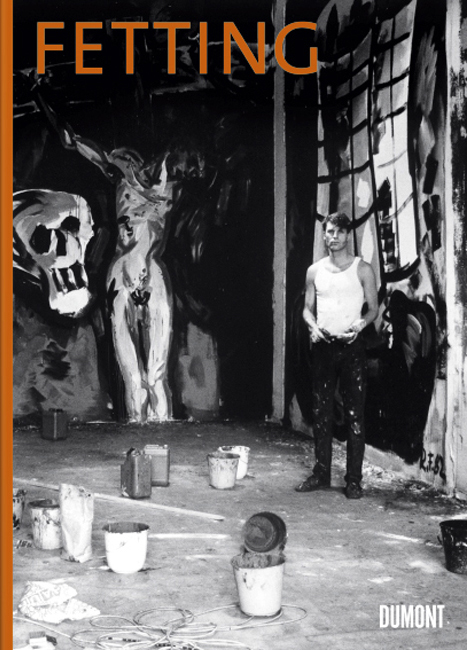 With his swift, radiant style of painting he was counted among the group of Jungen Wilden who caused a stir in Germany and around the world.

In the early nineteen eighties, his paintings were shown at such important exhibitions as A New Spirit in Painting in the London Royal Academy in London, or Zeitgeist in the Martin-Gropius-Bau in Berlin.

Fetting moved to New York in 1983. He produced his first material pictures, sculptures and photographs there in which he continued to make use of urban motifs and male nudes.

He returned to Berlin after the fall of the Wall. In 1996, he designed a 3.7 metre tall statue of Willy Brandt for the headquarters of the Social Democratic Party in Berlin, which caused a sensation, as well as a bust of Helmut Schmidt ten years later.

This is the first comprehensive monograph on Fetting’s work.