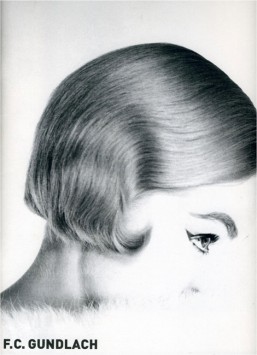 The exhibition catalogue F.C. Gundlach: Berliner Durchreise presents the elegant fashion and life in Berlin in the 1950s and 1960s.

Whilst F.C. Gundlach has photographed the designs of the couture houses in Berlin for the magazine Film und Frau he made fascinating fashion photographs of the Berlin chic, in which he used the city and its architecture as the stage for his settings.

The photographs created an almost fictional post-war Berlin, without ruins and traces of destruction, and show not so much the reality as the wishes and dreams of a generation — of a city in ruins until the building of the Berlin Wall.

Included is an interview with F.C. Gundlach by Margit J. Mayer.