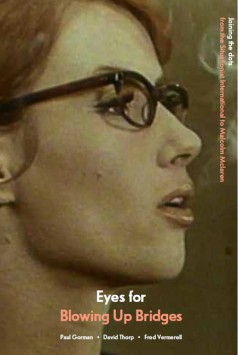 From Situationism to Beat to Punk, Eyes For Blowing Up Bridges unites a group of remarkable radical artists, poets, writers and activists who initiated, perpetrated and influenced a range of seminal post-war alternative movements.

Presenting rarely exhibited material – including cut-ups, film, video, sound and slide, as well as self-published books, pamphlets, anarchist propaganda, punk ephemera and graphics – the exhibition and publication examine the creative interplay between William Burroughs, Guy Debord, Asger Jorn, Alexander Trocchi and King Mob, and their collective influence on Malcolm McLaren in his endeavours to disrupt the cultural and social status quo from the 1960s to his premature death in 2010.

McLaren co-opted the intellectual vigour of this powerful and difficult group of individuals to make insurrectionary statements during his days as a Situationist art student in the 1960s, to the end of his life in groundbreaking artistic forays expressed through pop culture (fashion, music, environment, performance, film).

Published on the occasion of the exhibition at John Hansard Gallery, University of Southampton, 26 September – 14 November 2015.