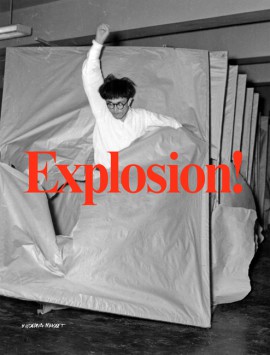 After the second world war, a number of painters in different parts of the world began to attack painting’s fundamental assumptions in ways that were at once both aggressive and playful. The creative act itself was as important as the painting that resulted from it.

In this borderland between painting and performance, chance or the spectator were often recruited as co-creators of the work. In recent years, interest in performance art has increased, and with it interest in its roots.