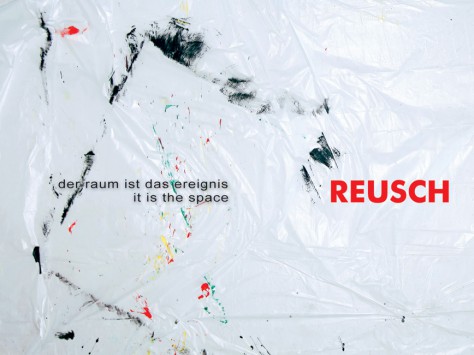 The architect and sculptor Erich Reusch is among the artists who, after World War II, fundamentally contributed to a new understanding of sculpture. In the 1950s he worked as a freelance architect, but from 1964 he devoted himself increasingly to sculpture.

Reusch became known at the end of the 1960s for his Elektrostatischen Objekte, i.e., Plexiglas cases to which, according to the climate and outside friction, gas soot pigments arbitrarily stuck, leaving painterly traces behind.

As with his environments, as well as his sound and air works, the issue for him is a decisive expansion of our experience of the space around us.

While the laser and ultrasonic tracks, 1969, let space become sensually perceptible as a force field pervaded by optical, magnetic and acoustic waves, the most recent wall applications – colourful painting fragments – charge the room considerably with weight and tension.