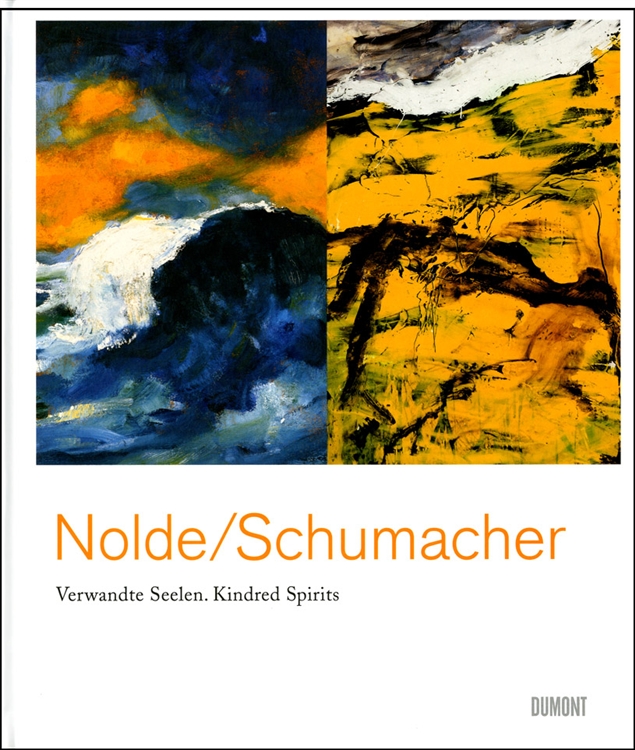 Emil Nolde (1867 – 1956) and Emil Schumacher (1912 – 1999) are united by an unconditional search for a painterly expression of their inner pictorial worlds. Both artists draw in their works on the Romantic legacy, remaining true to its central demand that the artist should not only paint what he sees, but more importantly what he sees in himself.

Nolde’s painting is characterised by powerful, contrasting colours and a high level of abstraction. Schumacher’s work, on the other hand, is marked by a life-long shift between abstraction and figuration, the formal bracket of which is formed by the pictures’ sensual materiality and colours.

The book covers the range from Nolde’s Expressionist landscapes and seascapes to Schumacher’s gesturally developed landscapes of the soul, and thus casts light for the first time on the visual connection between Expressionism and Abstract Expressionism in the work of two of its greatest masters.

Emil Schumacher is among the best-known exponents of Art Informel in Germany. His painting style, which he initially developed in the 1950s under the influence of Wols, is marked by dark, brownish black or brilliant thick red colours and a graffiti-like sign language that endow the pictures the expressive character of old cracked masonry.