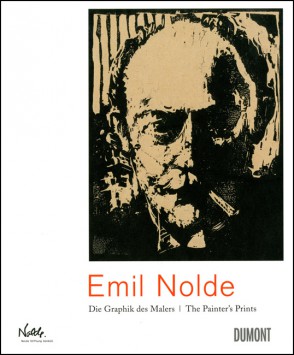 ‘A draughtsman am I, and a painter’  (Emil Nolde)

German expressionist, Emil Nolde (1867–1956), is best known for his paintings and is widely regarded as one of the greatest watercolourists of the twentieth century. It is well known that during the Third Reich he was outlawed as a ‘degenerate artist’ and forbidden to paint.

This title concentrates on Nolde’s printmaking, considering him as one of the greatest print-makers of the same era. It illustrates how his print-making was closely connected to his painting; a relationship of mutual stimulation prevailed.

Here, using the collection of prints held in the Nolde Foundation, the artist’s  development as a print-maker is explored, concentrating on his etchings, woodcuts and lithography.