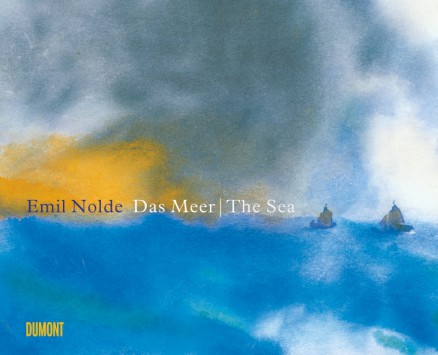 “Nolde understands the sea like no other painter before him.” – Max Sauerlandt

The great Expressionist, Emil Nolde (1867–1956) was a trailblazing virtuoso in watercolour painting: applying paint to paper with incomparable intensity, he created richly luminous paintings that sparkle with life to this day.

The sea occupies an important place in his oeuvre. In 1921, the art historian Max Sauerlandt wrote that Nolde sees the sea “not from a beach or a boat but as it exists in itself, devoid of any reference to man, eternally in motion, ever changing, living out its life in an for itself: a divine, self-consuming primal force that, in its untrammelled freedom, has existed unchanged since the very first day of creation.”

Nolde began painting his sea watercolours in around 1920. Around 30 of these beautiful paintings, many of them previously unpublished, are gathered together in this little gift book.