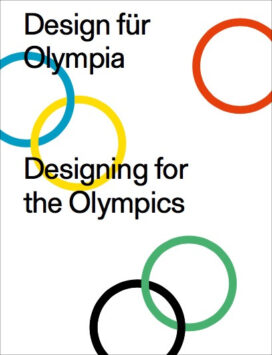 As the largest sporting event in the world, the Olympic Games have, since time immemorial, been a driving force behind innovations and one of the objectives behind the latter.

It is not only the athletes who compete against one another at the Olympics and Paralympics. In exactly the same way, the manufacturers of sports equipment attempt to outdo one another in supplying the athletes with equipment, as do the host nations with their visual and architectural designs for the relevant Games.

To mark the 50th anniversary of the Olympics Games in Munich in 1972, Die Neue Sammlung is taking a close look at the diverse interdependencies that exist between design and the Olympics.

From different perspectives the exhibition catalogue looks at the role played by inventiveness, innovational spirit, and technical progress in the presentation of the Olympic and Paralympic Games, and the values and objectives expressed in the designs for the Olympics.

£34.00
Coming soon
(subscribe to our newsletter be the first to know when this title is available)