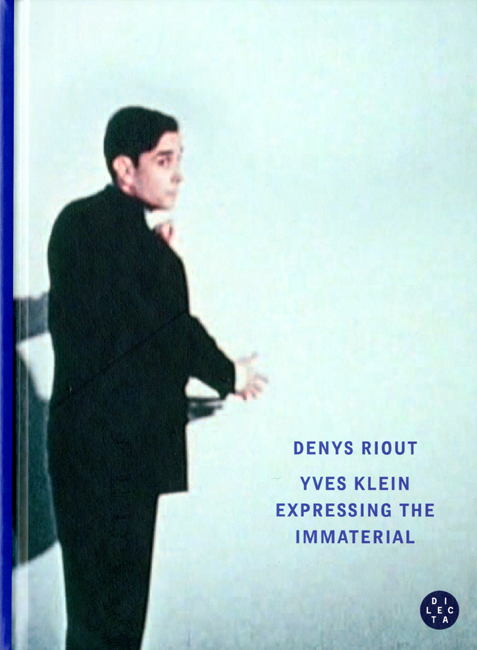 In April 1958, Yves Klein presented an exhibition in which no painting, no sculpture, no object was visible.

Thanks to this ‘immaterialization of the painting’ he hoped to ‘create an ambience, a pictorial climate that is invisible but present,’ capable of expressing the essence of painting: the ‘immaterial pictorial sensibility.’

Klein also thought of using the bodies of young women as ‘living paintbrushes’. Leaving the impression of their bodies on supports provided for that purpose, they produced visible paintings, the Anthropometries.

These two modes of existence of his œuvre are based on the heart of religion, the Incarnation.

That is the intuition developed in this book by art historian Denys Riout, which locates, beyond the disparity of the creations, the profound unity of the artist’s preoccupations.