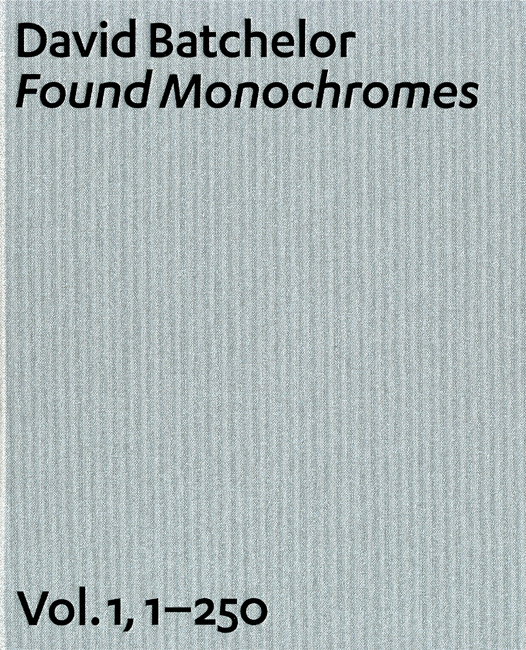 Since 1997, Batchelor has been photographing single square and rectangle planes of uninterrupted white that he passes as he walks through London and places he visits.

The images are informal and impromptu; shot from a uniform distance the white planes are seen on a diversity of backdrops: brick walls, car doors, metal fences and more.

They are the backs of signs, number plates that have lost their number, empty billboards or faded messages.

Batchelor started this body of work when thinking about the history of the monochrome in painting.

Looking at this once radical tradition that began with paintings by Malevich and Rodchenko than taken up by Yves Klein, Piero Manzoni, Ad Reinhardt, Ellsworth Kelly and others, he ‘went out into the street, literally, with the aim of finding evidence that the city is actually full of monochromes, that modernity is a precondition of the monochrome and that, in all its artificiality, the city is the monochrome’s natural habitat.’

He has now collected nearly 500 monochromes and examples from this series have been shown in small groups of prints and in slide installations.

A conversation between the philosopher Jonathan Rée and Batchelor accompanies these first 250 Monochromes.