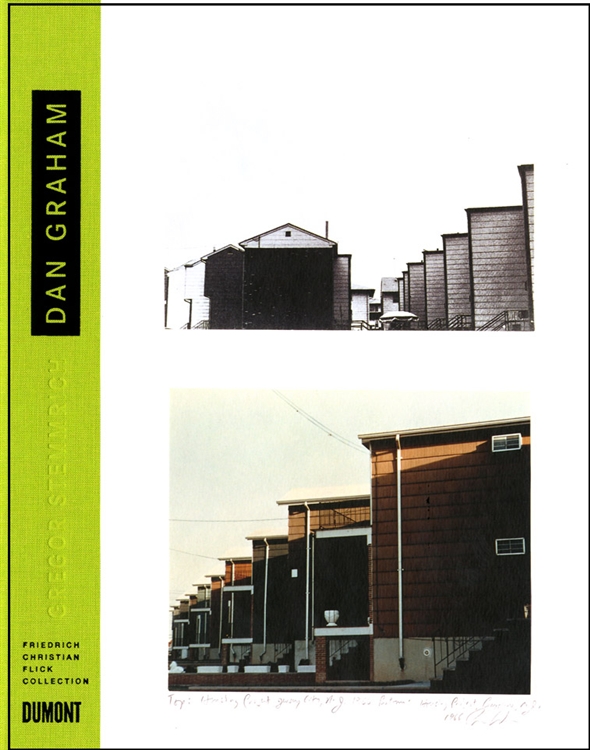 Dan Graham (1942-2022), one of today’s most influential conceptual artists, questioned the autonomy of the artwork early on and reflected on the role of popular culture in his works.

The artistic activities developed by Graham since the mid 1960s range from newspaper articles, pages of newspapers and newspaper announcements to photographs, performances, audiotape, film and video installations as well as television programmes, hybrid sculptures and architecture.

Graham additionally authored numerous articles dealing with cultural phenomena, wrote video essays, drafted an opera and developed the conception of a museum for an artist (Gordon Matta-Clark) who left no lasting works behind.

Gregor Stemmrich traces the development of Graham’s art and shows how Graham counteracts a culturally predominating use of media.