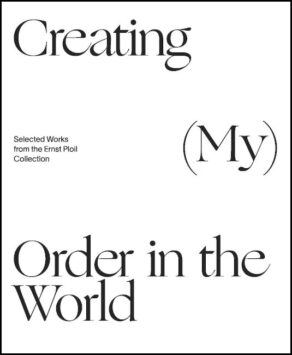 ‘Creating (My) Order in the World’ aptly describes the collecting activity of the Viennese lawyer Ernst Ploil, who for the past half century has devoted himself extensively to both fine and applied art.

At the age of 18, Ploil acquired his first object, a glass vase from the period after 1900. Starting in the mid-1970s, the successful lawyer, who for decades liked to consult experts he was also friends with, expanded the range of his collection. It now covered all forms of art, design, and crafts from the turn of the century.

One methodical approach taken by Ploil is the detection of commonalities, another is the exploration of antithesis, and a third is offered by the symbolistic narrative, whose frequently concealed subject matter can lead to a variety of interpretations.

The result is a boundary-transcending collection of both Austrian and international art – selected and acquired in order to find answers to the eternal question: What is art all about?

Published on the occasion of the exhibition at State Gallery of Lower Austria / Landesgalerie Niederösterreich, Krems, 1 July 2020 – 28 February 2021.