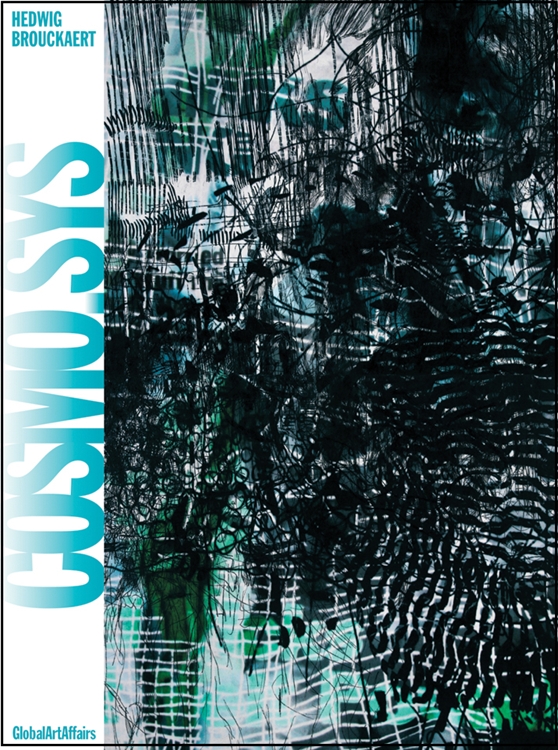 Cosmo.Sys is the first publication documenting the drawings of Belgian artist Hedwig Brouckaert.

For her Magazine series (since 2005), the picture material she uses comes from all kinds of printed matter such as mail order catalogues, newspapers, TV guides, fashion and lifestyle magazines.

The artist pores over such magazines in search of certain motifs (figures, faces, poses, patterns etc.), which she then transfers and arranges on the sheet according to her own rules.

In 2008 Hedwig Brouckaert began expanding her drawings into the virtual space of digitalization – and from there, bringing them in turn into real space.

Presented as large-scale printouts in the form of wallpapers or as foils for windows, they become space-specific installations, which directly affect the exhibition rooms.

Transfer paper, an invention of the 19th century, which still transports an air of the inherent stringency of venerable old law firms, meets the world of the digital picture, which turns all information, once fed into the system, into something like ‘free-floating signifiers’.

£14.50
Buy now
(Your order will be fulfilled by Ingram Publisher Services)