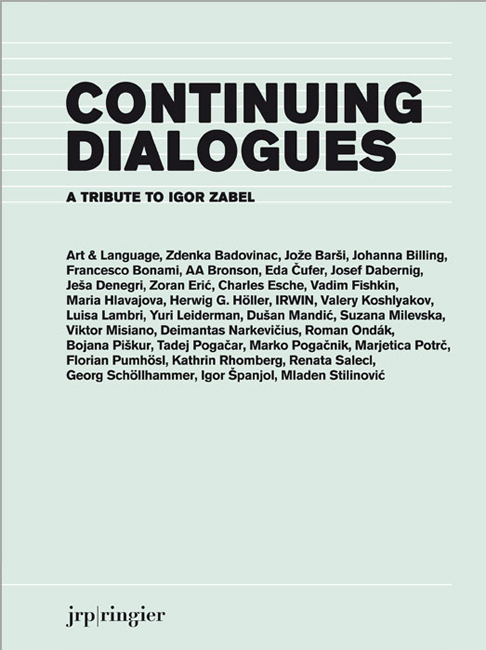 The Slovenian curator, art critic, writer, and theorist Igor Zabel (1958-2005) was largely responsible for promoting the visibility of the Slovenian art scene in the international arena back in the 1990s.

As Senior Curator of the Moderna Galerija in Ljubljana he was engaged in establishing links between Eastern and Western Europe without loosing a critical perspective on the (still) ongoing transformations.

The aim of the book (which accompanies the Igor Zabel Award initiated by the Erste Foundation) is to further develop, in terms of content, the theories and approach pursued by Igor Zabel in his exhibitions, publications, critical writings, and European exchange initiatives.