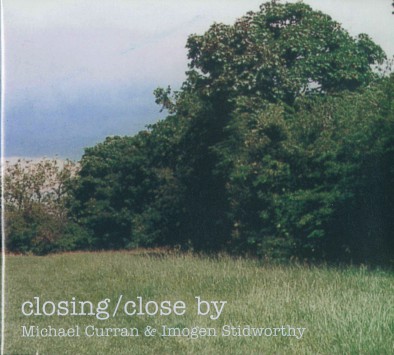 A DVD and artists’ book developed from material originally created for the installation Closing/close by. A valedictory love-note to cinema and the intimate hold it continues to have on the collective imagination, this collaboration between Michael Curran and Imogen Stidworthy consists of a number of different elements. On two separate video monitors, the faces of the artists are periodically illuminated by the light of a match, whose brief, dwindling flame allows each protagonist a finite moment to conjure a fragment of cinematic narrative; read aloud, as if in sleepless vigil, from a seemingly inexhaustible sheaf of papers.

The touring exhibition Closing/close by (2000) was commissioned by Film and Video Umbrella, in association with Open Eye, Liverpool and Spacex Gallery, Exeter. Funded by the Arts Council of England.