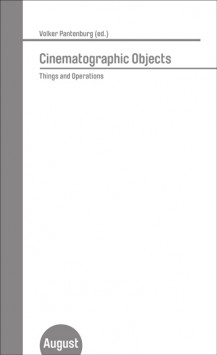 Things and objects have been at the center of theoretical debate for some years. However, the question what Film and Media Studies can contribute to questions of human and non-human agency has been largely absent from these discussions.

The essays in this book address this lack and scrutinize cinema’s specific way of dealing with objects. If we consider cinema not as a mere mode of representation but as an epistemological machine: What does it know about things and objects?

How does it process the relations between humans and non-humans? Alternating theoretical approaches with individual case studies, this book provides answers from different perspectives and sheds light on the peculiar ontology of the ‘Cinematographic Object’.

Artists/filmmakers featured in this book include: Fritz Lang, Max Ophüls, John Baldessari, John Stezaker, and Michael Snow, among others.