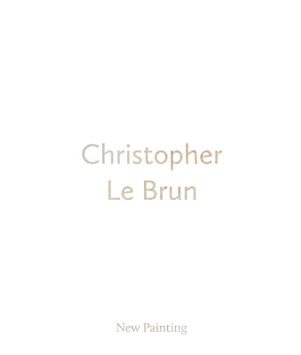 Following his appearance in many international group exhibitions – such as the influential Zeitgeist exhibition at the Martin-Gropius-Bau, Berlin (1982) – Le Brun became recognised as one of the leading young European painters; he has also been an instrumental public figure in his role since 2011 as President of the Royal Academy of Arts in London, which celebrates its 250th anniversary this year.

Alongside full-colour illustrations, this volume includes a personal response by art historian and writer Ben Street, and an introduction by Nicholas Logsdail that connects Le Brun to significant artists of the modernist era, placing the work within the tradition of late twentieth and early twenty-first century modern painting.