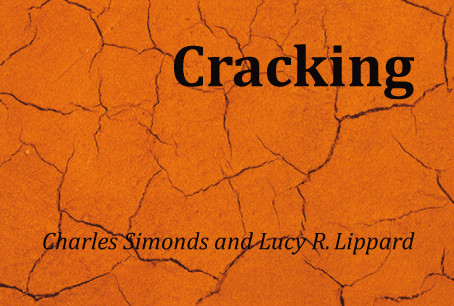 ‘From this cave. Over this hill. Through this valley. The people came this way. When did they come? Then. When do they come? Now. These two. One looking east and the other west. One wanting to dig not deep enough. The other wanting to dig too deep.’

Cracking is a pocket-sized artist’s book about a woman archaeologist who, in the process of an excavation, is drawn into the imaginary world of Simonds’ ‘Little People’, as created in his small-scale earth sculptures (also described by the artist as, Dwellings).

Originally published in German by Buchhandlung Walther Konig in 1977, this is the first edition with the original English text — the only fiction Lucy Lippard has written with an artist.

This book was used as the catalogue for Charles Simonds’ solo exhibition, Circles and Towers Growing at the Museum Ludwig, Cologne and Nationalgalerie, Berlin in 1979.