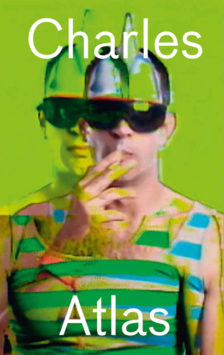 For almost 50 years, Charles Atlas (b. 1949, St. Louis, USA) has been a leading figure in the domain of film and video art, creating complex video installations and seminal films documenting dance and performance art. He rose to renown with collaborative projects involving choreographers such as Merce Cunningham (1919–2009) and Michael Clark (b. 1962), as well as the fashion designer and performance artist Leigh Bowery (1961–1994).

His network of creative collaborators and associates largely coincides with his circle of friends: many of his works from the 1980s and 1990s are portraits of fellow protagonists of the New York underground scene and the contemporary milieu, employing a sub- and pop-cultural idiom to scrutinize aspects of bio-power and the politics of bodies and identity.

One defining features of Atlas’ work is his ongoing investigation of the expressive potentials of time-based media. His more recent video installations are abstract and playful explorations of an iconography of geometric series or numerical sequences that examine the segmentation and structuring of the visual space as well as contemporary issues in the politics of representation.

This publication features specially commissioned essays by art historians and curators, reflecting on Atlas’ artistic strategies and the themes that have shaped his oeuvre over the years.

Atlas’ work has been presented in numerous exhibitions in the United States and abroad, including at the Museum of Modern Art, New York (2017), and Tate Modern, London (2013). His contribution to the 57th Venice Biennale in 2017 received a Special Mention Award.

Published on the occasion of the exhibition at Migros Museum für Gegenwartskunst, Zurich (17 February – 13 May 2018).