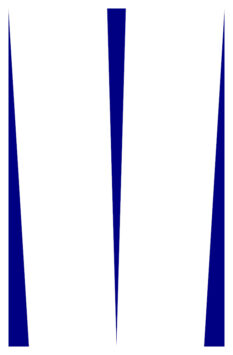 This publication highlights a selection of works by Cuban American artist Carmen Herrera (born 1915) from the past decade.

At 105 years old, Herrera has developed her signature geometric style over the course of decades spent in New York City and postwar Paris, as well as her hometown of Havana; however, it was only in the early 2000s that she began to receive acclaim for her work.

The origins of her process trace back to her early studies in architecture at the Universidad de La Habana in Cuba from 1938 to 1939. She often credits this training as where she learned to draw and to think abstractly, stating, “I wouldn’t paint the way I do if I hadn’t gone to architecture school.”

While Herrera’s process is often characterized by meticulous constraint and distillation of color and shape, it is perhaps best described as a perfect synergy of artistic and scientific creativity.

For more books on this artist, please visit here.

£50.00
Coming soon
(subscribe to our newsletter be the first to know when this title is available)