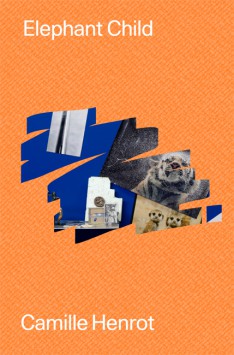 French artist Camille Henrot (b. 1978) works in many formats, such as digital media, video installation, and sculpture. In her oeuvre she explores human bodies, information media, and layers of meaning.

This catalogue is published for the artist’s first large-scale solo exhibition, The Pale Fox in Germany (Westfälischer Kunstverein, Munich, 2015). The exhibition is dedicated to our endeavour to make sense of our world and our existence via objects that surround us and the way in which they relate to one another.

Henrot orders and arranges over 400 photographs, watercolours, bronzes and artefacts according to principles that obtain from the most diverse cultural, philosophical and biological contexts, primarily demonstrating, in a superimposition of this kind, the excesses of this compulsive desire for order that purportedly leads to the acquisition of knowledge.

The ‘Pale Fox’ in the title is taken from an anthropological study of the West African Dogon tribe (Griaule/Dieterlen 1965). In their religion, the pale fox stands for disorder and chaos, but equally for genesis and becoming; disorder is judged thus not as a transgression but as a necessary condition for creativity.

At the same time, for Henrot, the figure of the pale fox represents a symptom of our digital age: the avid human driven by curiosity and impatience, whose pale complexion reflects the luminous play of the computer screen through which he peers at the world at night from the sanctity of his burrow.

Camille Henrot was awarded the prestigious Silver Lion at the 55th Biennale di Venezia in 2013 and garnered the Kunststiftung NRW’s Nam June Paik Award in November 2014.