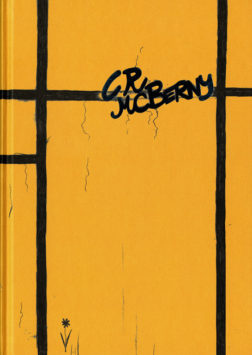 C.R. McBerny is a collaborative project that explores how contemporary painting, performance and writing might produce overtly emotional and demonstrative forms of discourse between intimate communities of artists and writers predominantly in Germany, the United States and the United Kingdom.

This limited edition artists’ book and its related exhibition (28 April – 13 May 2018 at Zinglistrasse 4, Moabit, Berlin) was produced with a relaxed, informal, easy aestheticism in and mind, one conducive to the warm non-institutional semi-domestic nature of each venue.

Performances, lectures, workshops and concerts were also included in C. R. McBerny’s activities, with the publication launch in February 2019.

C. R. McBerny is a playful acronym of the cities Berlin, Manchester and New York.