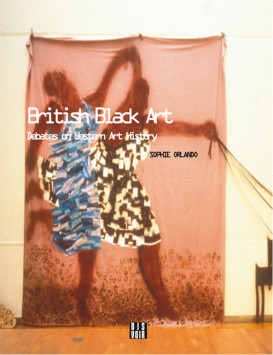 The conditions of development of British Black Art are tied up with a social and cultural history of Europe, especially the anti-immigration policies of Margaret Thatcher and their consequences, such as the Brixton riots of the early 1980s.

British Black Art suggests new narratives about canonical artworks of the British Black Art movement, such as Turner Prize-winner Lubaina Himid’s, Freedom and Change (1984); Eddie Chambers’, Destruction of the National Front (1980) and Sonia Boyce’s, Lay Back Keep Quiet and Think of What Made Britain So Great (1986) interrogating their critical agency from an art-historical perspective.

These artworks, art historian Sophie Orlando argues, imply a critical analysis of Western art history. This volume introduces readers to an important, long-marginalized movement and recontextualizes it with ground-breaking scholarship.

This study offers new narratives of emblematic works of British Black Art, analysing their critical force within Western art history, and how it stems from the relations they weave between the tools of cultural studies, British Black feminism, and cultural politics and the specific tools of artistic creation.