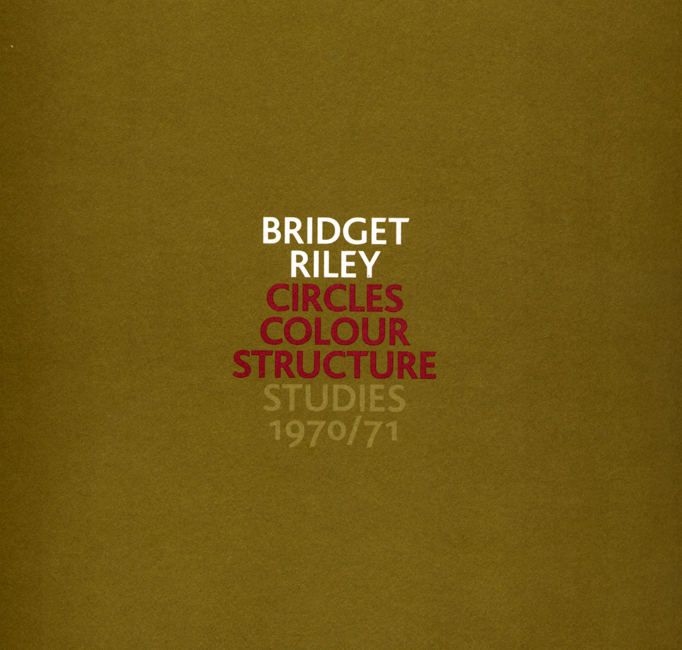 Here, a series of 22 gouaches are shown for the first time, all of which are reproduced in this publication. The studies reveal elements of Bridget Riley’s process as she explores the results of setting circles of colours such as turquoise, cerise and ochre at different distances and the resulting movement in the picture plane.

The works are accompanied by an interview between the artist and Robert Kudielka from 1972, just following the creation of these works. In the discussion, Riley touches upon the role of her studies as process and, later, visual statements as well as her choice of colours as they relate to light. ‘The studies I make have different purposes. At the beginning I try to be as unselective as possible – to allow things to happen, later gradually tightening up until all aspects have been drawn together’

‘I proceed by trial and error – exploring and slowly establishing a particular situation. Obviously many studies will be discarded en route to a painting, though they may still be interesting as visual statements’