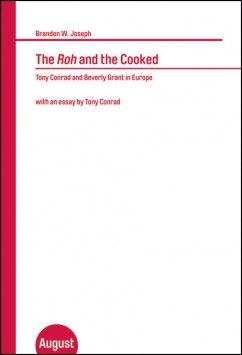 In 1972, New York filmmaker Tony Conrad toured Europe with Andy Warhol superstar, Beverly Grant. The path they followed would not only bring them into contact with some of the most interesting figures of European underground cinema – including Malcolm Le Grice, Wilhelm and Birgit Hein, Valie Export, Kurt Kren, Otto Muehl– but also initiate an internationl dialogue about the crisis of experimental cinema that would resonate on both sides of the Atlantic.

Following the trajectory of Conrad and Grant, the book surveys the transformations in international experimental cinema and its relation to other visual arts during the 1970s.