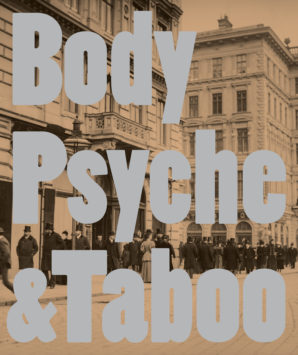 The central concepts of Body, Psyche, and Taboo is a presentation of both the intellectual and the formal links between Vienna Actionism and artistic developments in early 20th century Vienna.

Works by Günter Brus, Otto Muehl, Hermann Nitsch, and Rudolf Schwarzkogler – the ‘scandal artists’ of the 1960s – are compared and contrasted with pieces by their equally controversial colleagues working at the dawn of the twentieth century, including Gustav Klimt, Oskar Kokoschka, and Egon Schiele, among others.

Published on the occasion of the exhibition Body, Psyche, and Taboo: Vienna Actionism and Early Vienna Modernism at mumok, Vienna, 4 March – 16 May 2016.