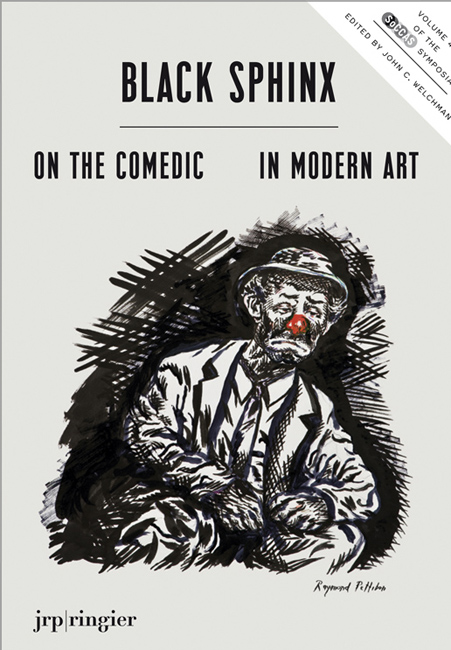 In this book philosopher Simon Critchley and art historian Janet Whitmore discuss the modern origins of comedic genres and some of the key theoretical articulations of laughter and wit, by Freud, Bergson and others.

Furthermore they explore the special zone of outlandish humour demarcated by the cabarets, café concerts and ephemeral publications of Montmartre in the 1880s and 1890s.

David Robbins reports on his decade long investigation into the comedy in objects, and video, performance, and installation artist Michael Smith reflects on his hilariously awkward and regressive journeys with alter persona ‘Mike’.

Black Sphinx is based on the fourth SoCCAS symposia, held at the Hammer Museum. The anthology includes 12 essays about the comedic in art.