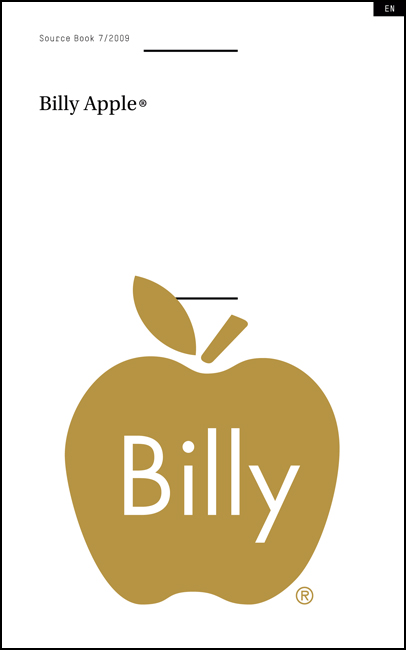 The artist Billy Apple® was created in 1962, when the New Zealand-born Barrie Bates changed his name, following his graduation from London’s Royal College of Art.

Initially part of the generation of British pop artists, Apple moved to New York in 1964, where the same year he exhibited in the seminal American Supermarket exhibition and then rapidly established himself as a key figure in the conceptual art scene.

An unusual mixture of art pioneer (in 1969 he opened Apple, one of the first alternative spaces in New York) and advertising guru (he has led many ad campaigns with leading firms in New York), Apple intensified his melding of art and life through a series of transactions and barters that function as artworks and afford many aspects of his life.

After splitting his time between New York and New Zealand in the 1980s, he returned to Auckland in 1990, where he continues his art activities and life as a brand, notably with the ongoing development of a new apple cultivar and, in 2008, the successful registration of his name as a trademark.