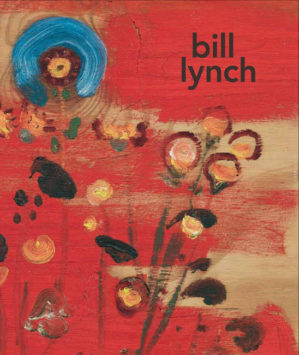 This is the first comprehensive monograph on the late American artist, Bill Lynch (1960–2013).

The artist’s vested interest in Chinese painting is apparent in his confident gestures, combining a dry lambent brush and thick pasty paint.

Making use of irregularities such as the knots and grain in the wooden support, Lynch merged the material of the surfaces with images creating an ambiguity between the physicality of the ground and his luscious pictorial visions.

Bill Lynch was born in Albuquerque, New Mexico. He studied art at Cooper Union, New York where he lived and worked before moving to Mill Valley, California and then Raleigh, North Carolina.

In 2014 a retrospective of Lynch’s work, curated by Verne Dawson, took place at White Columns, New York. Reviewing that exhibition in the New York Times, Roberta Smith wrote, ‘Genius lands where genius will, and I’m pretty sure some alighted on Bill Lynch.’

This book includes an essay by Irish critic, curator and professor Caoimhín Mac Giolla Léith , a conversation between Lynch’s friend and artist Verne Dawson with curator and White Columns Director, Matthew Higgs along with personal writings by the Bill Lynch himself.