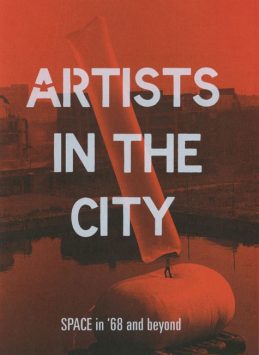 The birth of the SPACE artist initiative in London, 1968 coincided with student protests and autonomous interventions in cities across Europe. Asserting the rights to space was a theme common to student sit-ins, squatting and free festivals.

The unique contribution made by SPACE to the city is that artist founders Bridget Riley and Peter Sedgley negotiated vast amounts of space for creativity through legitimate means. They persuaded authorities and landlords to lease them property to which the artists brought new life and creative uses. Many have subsequently benefitted from the example set.

This timely book celebrates the contribution of this artist-run initiative to London. The focus is on 1968–75, when SPACE and its sister organisation AIR came into fruition, a period which has much influence for artists and policy today. The story of SPACE is relevant to artists in cities across the world who face challenges of working in ever-more expensive and congested cities.

Published on the occasion of the exhibition, Archive display at SPACE HQ, London (January – March 2018).