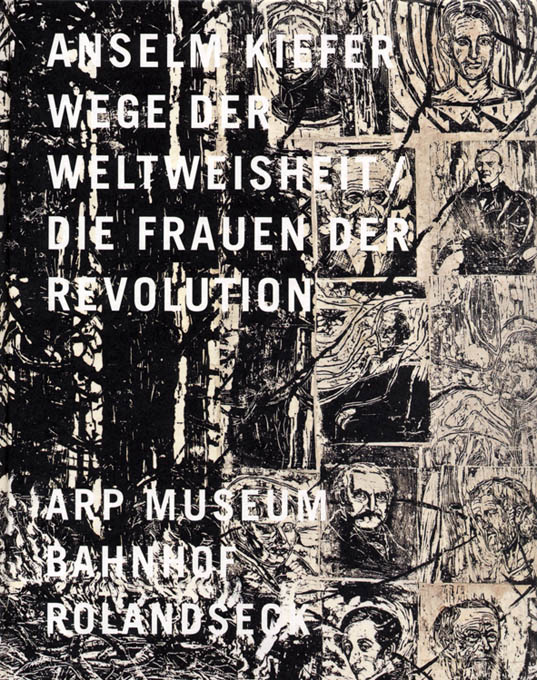 Since the 1970s Anselm Kiefer has dedicated himself in his large canvasses, woodcuts, photo sequences and lead-bound books to reviewing the history of European civilization and German history of the last century.

His expressive images with their historical themes are not narrative representations of events but rather eschatological scenes reminiscent of crime scenes and the fear that links them. The mythical scenes presented in the publication – Hermann’s Battle and the major cycle The Women of the Revolution – bear witness to his historical investigation with the intellectual roots of National Socialism and the women of the French Revolution.