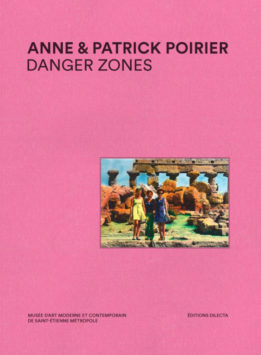 Anne and Patrick Poirier spent four years at the Villa Médicis in Rome. They decided to work together right from the beginning of their stay.

Abandoning their respective egos, they united their ideas and sensibilities, and their works, which were signed jointly, became the fruit of this common effort.

They were no longer solitary artists working in their workshops in search of a personal language, but travellers, site surveyors, discoverers of different civilizations, religions, and cultures.

Refusing the conventional roles of ‘sculptor’ and ‘painter’, instead they assumed those of ‘archaeologist’ and ‘architect’, roles that are interchangeable according to the circumstances.

Theirs was no longer a question of formal research, but through an artistic approach grounded in the humanities, one of a voyage through memory, which they consider a fundamental value, the basis of any understanding between beings and societies.

As children of war they denounced the fragility of civilizations and cultures, and their aesthetic is often that of the fragment, the ruin, or the catastrophe. As interdisciplinary artists they do not exclude the use of any form of expression.