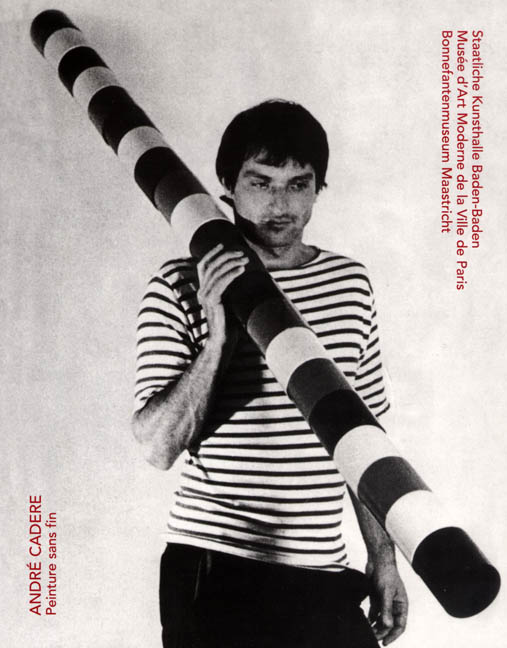 This catalogue has been published to accompany a retrospective exhibition at the Staatliche Kunsthalle Baden-Baden (October 2007 –January 2008) of the work of André Cadere (1934 – 1978).

Cadere, who lived in Paris from 1971 belongs – alongside Daniel Buren, Niele Toroni and François Morellet – to the most important protagonists of French Minimal and Concept Art of the 1970s.

His work combines a reduced formal sculptural language with a conceptual approach that questions the workings of the art system – a combination which has become of major importance to a younger generation of artists in recent years.

His premature death was preceded by an intense albeit short working period of about eight years. His consistent refusal to bow to the rules of the art market might explain why his work has been underestimated to this day. English, French and German text.