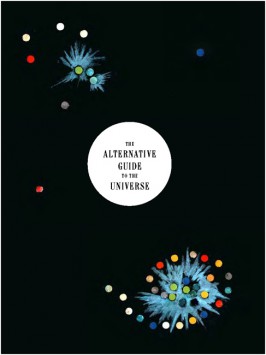 The Alternative Guide to the Universe surveys work that creates unexpected possibilities in art, science and architecture; possibilities so profound that they suggest an alternate reality.

Work produced by more than 25 self-taught architects and artists, photographers and futurists, outsider engineers and scientists are featured in this highly illustrated volume.

Many of the featured practitioners investigate larger systems of knowledge in their work, while others develop particular disciplines and art forms in unexpected and idiosyncratic directions.

Taken together, their maverick creations conjure a kind of a parallel universe where ingenuity and inventiveness trump common sense and received wisdom.

With new texts by Rick Moody, Mark Pilkington, Valerie Rousseau, Margaret Wertheim, Roger Cardinal and Ralph Rugoff, an anthology of writing about the practitioners featured in the book, and a wealth of visual material, The Alternative Guide to the Universe is a fascinating tour through a surprising and rich creative landscape.

Published on the occasion of the exhibition The Alternative Guide to the Universe at Hayward Gallery, London, 11 June – 26 August 2013.