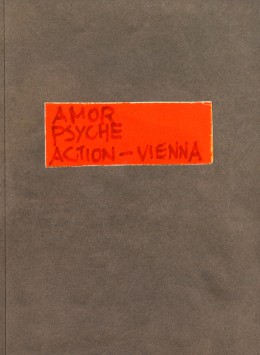 Viennese Actionism focused attention on individual freedom and helped create greater tolerance, both in the sexual and interpersonal sphere.

The effects of the cultural shock triggered by the rebellion of Actionism, which was also against baroque Catholicism and the sacrosanct family, can still be felt today.

Next to the internationally well-known Actionists Hermann Nitsch, Otto Muehl, Günter Bus and Rudolf Schwarzkogler, the women, with their efforts to change things in the revolutionary 1960s, remain to a large extent unknown. They became involved in Actionism through their artist partners, whom they supported with physical actions.

Viennese collector and gallery owner Julius Hummel has compiled visual material that quite emphatically presents the involvement of the feminine and androgynous, which consciously or subconsciously is contained in the work of the Activists. In-depth essays offer an enthralling basis for the academic analysis of the subject matter.