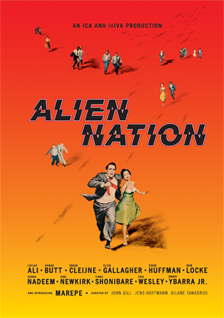 Alien Nation is a timely exploration of the complex relationship between science fiction, race and contemporary art. Much has been written about the connection between sci-fi cinema of the 1950s and ’60s and the Cold War, where fear of invasion, communism and nuclear war was played out in films that projected the anxieties of the present onto the future. In recent years many artists have similarly used science fiction and extra-terrestrial forms as a way of exploring racial difference and as a potent metaphor for the threat of the outsider. Lavishly illustrated with images of artists’ works, original film posters, film-stills and contextual photos from the 1950s and ’60s, this book spans fact and fiction, science and art to investigate our innermost fears and fantasies about the outsider. Published to accompany the exhibition, Alien Nation, jointly organised by inIVA and the ICA.