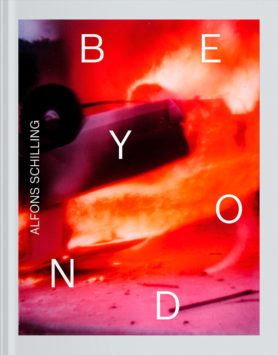 Beyond Photography is a retrospective on the work of Alfons Schilling (1934–2013), one of the most fascinating personalities in recent Austrian art history.

Moving and setting in motion — the rebellious experimental spirit that drove Schilling from the Academy of Applied Arts in Vienna, where with Günter Brus he had paved the way for Actionism, to Paris and New York in 1962, was also evident during the artist’s long career in his photographic works.

They push the medium well beyond its traditional boundaries and provide the missing link between Eadweard Muybridge’s 19th century movement studies and current notions of cyberspace. Schilling’s investigation of lenticular photography added a dynamic dimension to seeing and merged several images into a single picture. Holograms and stereophotography turn pictures into a virtual space.

Those who travel the three-dimensional world today with head-mounted displays are merely following a path that Schilling embarked on in the 1970s. The exhibition focuses for the first time on the visionary’s expanded photography, presenting it alongside selected vision machines, paintings and film experiments.

For the first time, this publication offers an exhaustive overview of his various photographic work groups and complements these with selected ‘seeing machines’, drawings and paintings, for instance his autobinary stereo images. The objects are supplemented by extensive archive material.

Published on the occasion of the exhibition, Alfon Schilling: Beyond Photography at Fotomuseum WestLicht, Vienna, 14 February – 14 May 2017.