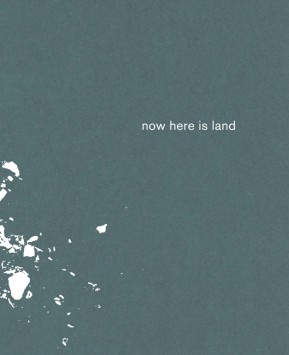 Hartley travelled to the High Arctic region of Svalbard in Norway (with the art/science climate change project, Cape Farewell) where he discovered an island recently revealed by a retreating glacier. He and his expedition team took the island into international waters, declaring it the world’s newest nation, with citizenship open to anyone.

Over 23,000 people from 135 countries signed-up during the island’s 2,500 mile journey to the South West coast of England. It was greeted in ports and harbours by choirs, bands, parades and thousands of people on cliff tops, beaches and promenades.

At the end of its 12-month life, the island was broken up and pieces given to each citizen; some went into orbit, and some have been used within the pages of this book. The year-long online ‘resident thinker’ programme featured 52 contributors including Yoko Ono, Hugh Fearnley-Whittingstall, Vidal Sassoon and Sir John Tusa.

Born in 1963, Alex Hartley lives and works in London and Devon. Graduating from the Royal College of Art in 1990, he has exhibited extensively both nationally and internationally and undertaken significant public commissions. He was Winner of the Arts Foundation Award 2015.

Featuring exclusive essays and texts, alongside documentation of the whole project, this beautiful book celebrates an extraordinary public artwork.

Nowhereisland was one of the major Artists Taking the Lead commissions for the London 2012 Cultural Olympiad.