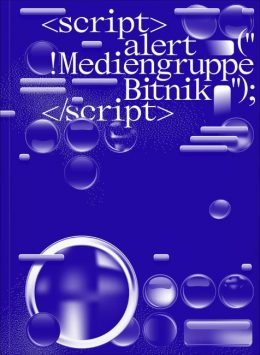 !Mediengruppe Bitnik have made a name for themselves in recent years with spectacular works. They bugged the Zurich Opera and programmed a shopping bot to randomly shop for goods on the darknet.

It features two text contributions: the first by curator and art critic Aude Launay and the other by art historian and curator Boris Magrini.